Are You and Your Dog Being Rude? 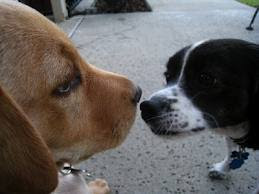 I was so happy this morning when I found a blog forwarded to me by a friend that expressed exactly how I feel about dogs not having social manners.  This is what I preach!  I believe fully (as you readers know) that dogs rushing into another dogs face is absolutely rude, not just on the dog's behalf, but the owner's too.  I see rude behavior on the streets of DTLA all day and night long between dogs and dog owners.  The puppies that haven't learned manners yet, I give a pass to, but otherwise it drives me mad!  This is the sort of thing is why I created the Pooch Parade, to teach manners to dogs... and hopefully the owners.  As my clients well know, this is a strong point in any of my trainings.

Below is the blog post from Dog Snobs.  Enjoy!


Your dog isn’t being friendly. He’s an asshole. And so are you.

“He was just being friendly!”

Those five words may seem benign, but they actually constitute one of  most rage-inducing phrases a dog owner can hear.

We’ve all been there.  A dog charges up to your dog, gets right in their face, invades their personal bubble, and pesters them until your own dog gets sick of the shenanigans and either avoids the offending dog or snaps at them to tell them to back off.  Both behaviors result in the other dog’s owner proclaiming that your dog is a jerk for not allowing their “friendly” dog to molest yours.  Actually asshats, it’s your dog that needs a lesson in manners, or more precisely, you do.

That’s right, your dog isn’t just being friendly, he’s being an asshole.  Here are just a few signs that your dog is a jerk.

1.  Your dog routinely lifts other dogs feet off the ground when trying to sniff their derrieres.

2.  Your dog starts all greetings by jumping on the head of strange dogs.

3.  Your dog goes right to another dog’s face and proceeds to either incessantly lick them or tries to lean over the other dog.

4. Your dog humps strange dogs within seconds of greeting.

Mind you, we understand that dogs are being dogs.   That Lab who rushes your dog is just being a Lab (sweet, but socially inept and completely unaware of the rules and regulations as dictated by the herder overlords), but as a dog owner it is YOUR responsibility to manage these interactions and understand what is “rude” in dog language and not allow your dog to be a repeat canine offender.   It’s not a coincidence that many dogs take issue with the bouncier, “in your face” breed of dogs. Imagine if you were on a walk and a stranger came running up to you full speed and took a flying leap into your arms and proceeded to lick and nuzzle you as you tried to get away (For the record, BusyBee, who seems to be a freak magnet has not yet had this happen…knock on wood).  Not cool, right?  So why would you let your dog do the same?

Fang:
My Cattle Dog probably hates your dog.  It’s nothing personal (It probably is) but while she doesn’t want to kill your dog, she would rather your dog not be …alive anymore.

I have spent literally years dealing with her gangbanger tendencies. She’s not perfect (Despite what she thinks), but she is so much better than what she was that I am basically on a minimal management plan. That being said, if pressed I will explain that she is in fact dog aggressive (It’s more like pissily selective with unfamiliar dogs, but the shades of gray are hard to explain) and please don’t let your dog get in her face. I am not however above admitting that I can and will use those tendencies to teach object lessons to idiots. My bad owner confessional being, I’ve let her go cobra on dogs we know, because their owners are being dicks. Out and about however, I do my best to minimize her potential for mayhem. I’m not being ‘rude’ when I physically block your dog. I’m sure your dog is lovely but our experiences say otherwise so if I’m putting myself between my dogs and you, that’s not an invitation to get closer. Really, back the hell up. I’m trying to get away from you and your dog in questionable control. I’m protecting your dogs as much as my own.

Also as a note, dog aggressive dogs under control and with responsible management have just as much right to be out and about as the friendly neighborhood pal. Muzzles are frequently a responsible compromise, and proceeding to lecture on why the ‘vicious’ dog shouldn’t be out is frankly ridiculous and narrow minded. I don’t like being accosted by strangers and neither do my dogs. Respect the bubble. 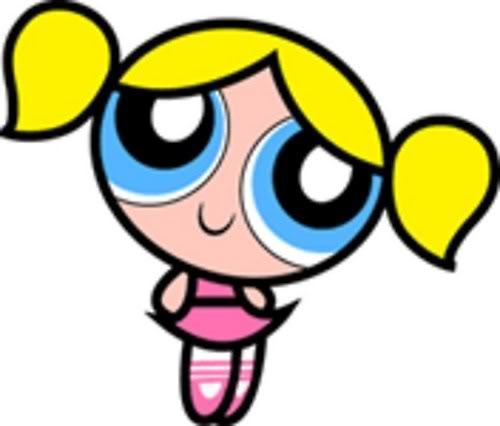 BusyBee:
Mr. T is exceedingly patient as a general rule.  He’s one of the best puppy-raisers around.  He tends to be ok with excessive sniffing, face-licking, and general tomfoolery from most dogs. But, that doesn’t mean he doesn’t have his limits. If a large dog persists on bouncing all up in his business like Tigger on crack, he’s not going to be happy.  And nor am I.

But the most wonderful thing about Tiggers is… calm the fuck down.

People who understand dog body language have often commented on how appropriately and judiciously Mr. T doles out corrections.  Generally I try not to let dogs act inappropriately toward him and will step in if I think a dog is going too far and the owner is obtuse.  People with “friendly” dogs**, however, tend to think that anything less than complete tolerance on his behalf  is a sign of aggressiveness and that I’m being rude by not allowing their dog to torment mine.  Heaven forbid someone correct their sweet snookums who was only trying to show affection by clinging on to Mr. T’s  head like those tacky Garfield car suction plushes. Except the window is Mr. T’s head

**Pro Tip–if your “friendly” dog is routinely in the middle of melees and draws the ire of most dogs it encounters, it’s probably (past) time to rethink how you are letting your dog interact with others.


Potnoodle:
I was raised by a border collie, and my first dog that was really mine to train was an Australian Cattle Dog/Border Collie mix, so even though my current Poodles aren’t easily offended by rude dogs- I am.

My dogs are also kept in this bubble.

So even though my poodles are going to tolerate your ass-y dog flinging himself into their face… I won’t. I’m going to step in and move your dog away. I don’t really appreciate being called a bitch for doing this, so I would appreciate if you could keep your comments about me under your breath, just like I keep my comments about you under mine.


This is a straight forward point of view that I absolutely agree with.  If it evokes the same sort of passion from you, I would love to hear about it, give me a bark!