Help Bring An End To Police Shooting Of Dogs 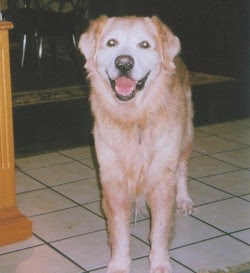 It doesn't seem like this is something that we should have campaign for, ending police shooting dogs, but sadly it is.  Below is an article to explain the situation and the cause and all the information on how you can help.  Thank you K9 Magazine for bringing us this story.   I urge you to help all that you can.

More than 3,000 people have joined a popular campaign on Change.org calling on the police department in St. Petersburg, Florida, to stop using lethal force on dogs.

Nancy Smith, a member of the volunteer group Hand4Paws, launched the campaign on Change.org after hearing that a St. Petersburg police officer had shot and killed Boomer, a 12-year-old arthritic golden retriever owned by couple Roy and Lauren Glass. Smith had been taking action online for animals for more than two years, but because of her own senior golden retriever, Boomer’s story felt even more personal, inspiring her to start the petition on Change.org. Boomer was only the latest in a series of dog killings by the St. Petersburg police.

“Seven dogs have been shot by St. Petersburg officers this year,” said Smith. “In just a few weeks, more than 3,000 people have signed our online petition campaign on Change.org. The animal community is extremely passionate and thousands more worldwide are sure to join if the police don’t stop this deadly trend by immediately improving their officers’ training on dog handling techniques and adopting a clear policy that lethal force should only be used as a last resort.”

The campaign is in support of Boomer’s owners, Roy and Lauren Glass, who want to see their local police department change the way it deals with dogs.

“The grief is real, severe, and continuing, passing from sorrow to anger,” said Roy Glass. “With the help of others, we established the ”Boomer’s Voice” Facebook page and a campaign on Change.org to improve pet handling in police training and education and to sponsor and promote legislation to provide a means of statutory redress for the deliberate or reckless injury of killing of pets by others. Many fine and caring people from all walks of life have joined in our effort.”

“What these pet lovers have accomplished in just a few days is remarkable,” said Director of Organizing Stephanie Feldstein of Change.org, the world’s fastest-growing platform for social change. “By using social media and Change.org, Nancy and Hand4Paws have managed to recruit thousands of people demanding action from the St. Petersburg Police Department. Change.org is about empowering anyone, anywhere to demand action on the issues that matter to them, and it has been incredible to watch Nancy’s campaign take off.”

The U.S. Department of Justice Community Oriented Policing Services Office recently issued a publication on dog-related police incidents, stating that “the use of a weapon is seldom required in dog-related incidents or encounters.”