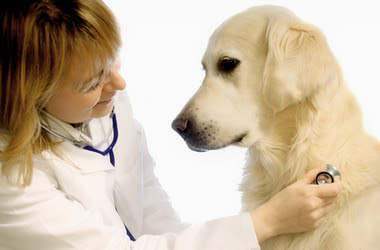 We have heard or read the stories throughout the year of some miraculous cases put in front of the PDSA vets and nurses.  K9 Magazine has publish the Top 10 Ops of 2010 that the PDSA put out.  If you haven't heard of some of these, it would be worth looking them up.
In case you are not familiar with who the PDSA are, they are a veterinarian charity in the UK.  PDSA provides free veterinary treatment for the sick and injured pets of eligible people in need.  They have touched many people and pets and have given second chances to a lot of pets that would not have had one otherwise.  So, as you read, remember the kind and loving hands that performed each of these operations.
Let the countdown begin:
10. Diabetic Dolly (10), a Staffordshire BullTerrier from Nottingham, was given a new ‘leash’ of life thanks to an ingenious solution, when she struggled to cope after becoming blind. Resourceful PDSA vets fitted plastic cable ‘whiskers’ to her collar to help her find her way around. Dolly quickly learned to use the specially adapted collar, becoming quite a talking point in her local park in the process, and is now back living life to the full.

9.   Greedy Labrador Leo acquired some extra socks appeal when he wolfed down three items of hosiery earlier this year. PDSA vets in Sunderland removed the garments from one-year-old Leo’s stomach during life-saving surgery. This was the second time the excitable pooch had an emergency op: he got a pork chop bone lodged inside his bowel in 2009.

8.   Seven-year-old Dalmatian, Cassie, astounded vets at Brighton PDSA PetAid hospital when they rushed her into surgery to remove a suspicious object in her stomach, only to find a whopping 600g (1.3lb) of blanket inside her. She had eaten sections of the blanket over several months after suffering from separation anxiety following the death of one of her owners.

7.   Eighteen-month-old Houdini the cat had a miraculous escape after she was shot in the face with an airgun, injuring her left eye and leaving a pellet embedded close to her spine. Vets at PDSA in Bristol performed life-saving surgery, although sadly her eye was damaged beyond repair and had to be removed. The pellet was too close to her spinal cord to be removed safely but the lucky cat has recovered well and is back on all four paws.

6.   Plucky Jasmine, a Staffordshire Bull Terrier from Scotland, suffered from ‘fowl play’ after swallowing a rubber duck. Astoundingly, Jasmine spent nine months with the bath toy inside her stomach before it shifted and created a near-fatal blockage. Luckily PDSA was here to help and vets at the charity’s Shamrock Street PetAid hospital removed the duck during emergency surgery.

5.   Two-year-old Springer Spaniel Samson’s health really ‘hit the rocks’ earlier this year after he gobbled down an incredible 2lb of stones from his owner’s garden. The poorly pooch, whose stomach was full to bursting, was rushed into surgery at Edinburgh PDSA. The stones could easily have caused a fatal obstruction, but luckily they were removed in time, and Samson made a full recovery.

4.   Cinderella the cat from Gravesend nearly lost her ‘fairy-tail’ ending after a horrific road accident. But the fearless feline dragged herself home despite suffering some of the worst injuries vets at PDSA’s Gillingham PetAid hospital had ever seen. It was touch-and-go during the operation, but the veterinary team managed to fix her shattered pelvis and ruptured internal organs. After months of treatment she is back to her old self and is finally living ‘happily ever after’.

3.   Playful Labrador Jet from Gateshead nearly choked to death after accidentally swallowing another dog’s ball in a park. Unable to remove the ball and with two-year-old Jet gasping for air, his owner rushed him to the local PDSA PetAid hospital where vets, seeing that he had minutes to live, rushed him in for emergency treatment. The ball was removed and, despite his near-fatal ordeal, Jet was back on all four paws just an hour later.

2.   Curious kitten Garfield, from Glasgow, used up one of his nine lives after a terrifying 120ft fall from a 12th floor flat. His owner feared the worst, but incredibly the eight-month-old kitten was still alive, suffering from a broken front leg and a collapsed lung. PDSA vets in Tollcross used a metal plate and six screws to fix his leg, and he went on to make a full recovery.

1.   The number one spot belongs to four-year-old Collie Lassie who pulled off a miracle worthy of her name-sake after surviving a 200ft cliff fall while on holiday with her family. She suffered extensive injuries including broken and dislocated legs, requiring months of treatment at Bristol PDSA. Despite fears that she would never walk again, she defied the odds and has now made a full recovery, becoming something of a local celebrity in the process.
To view the whole article, bark on the link:  Bark!
Posted by Bark & Clark