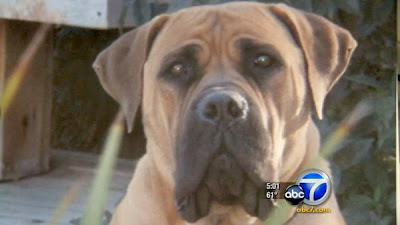 Every time your pet goes into surgery, I think we understand that there is a chance that something could happen, but if it did, I think we also hope that the news would be broken to us in an appropriate way.  What would you do if your dog went into a surgery and you got the call that all was fine, then a few minutes later another call came in to say, your dog was dead?  I'm sure any pet owner's anger would flare, emotions would rush and judgment would laps.  I certainly know mine would.  Though I am not condoning what the man in the following story did, I absolutely understand it.

The video below explains the story of the Ojai man that not only lost his dog, but then had to spend a night in jail after beating up his vet.

Again, I am not condoning what Mr. Doornbos did, but I am simply saying I understand his emotions.  The roller coaster of your dog is fine to moments later your dog is dead, I think that in itself is enough to set anyone off.  Should he have beat up the vet, probably not.  But we don't know what the conversation was, how it got to that level of interaction or the biggest question, why/how did the dog die?

No matter who is right or wrong, the one fact that exists is that the 5-year-old Zeka is gone.  The details really do not matter, it is a sad ending and Mr. Doornbos has suffered a loss.  As well, he has found himself in a lot of trouble for moments he no doubt will regret for a long time.

What do you think, would you go to this extent if the same thing happened to your pet?
Posted by Bark & Clark