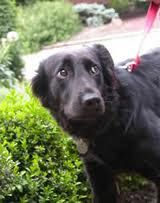 With the 4th of July in a few days, all of us dog bloggers and websites are putting out everything we can to help all of you with dogs that are specifically fearful of fireworks or fearful dogs in general.  I had put out a few tips on Friday, but those are all ways to treat the symptom of fear, it is not changing anything.  The Bark, had a great article this morning about reducing fear in your dog through classical counter-conditioning (CCC).  Or for those of you not up on your training terms, it is the emotional reassignment of a fearful event or thing.  If your dog is scared of the doorbell and you feed him a yummy treat every time, he would look forward to the doorbell because it results in something extremely good, no longer scary.

The argument is that you are reinforcing the fear this way or if you pet your dog in a fearful moment.  I do not agree.  I pet my fearful dog in certain moments and if he would take food at times of stress I would be feeding him too.  It is an old theory that to pet or feed your fearful dog in the moment of fear will only make it worse, anyone that has a fearful dog knows this is not true.

This article is a little long, but it is packed full of great information.  She is working with thunderstorms, but the same treatment will work for fireworks.  I hope you get as much out of this article as I did. 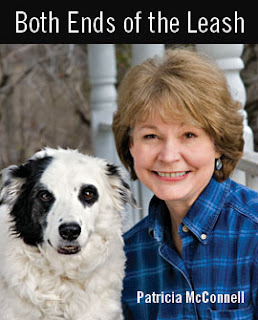 It was one in the morning, and I was wide awake. Thunderstorms had been rolling like waves over the farm all night, and this one was so loud I thought the windows might break. Lassie, my 14-year-old Border Collie, lay panting beside me. She’s almost deaf, but the combination of a falling barometer, lightning flashes and the crashes of thunder were enough to send her into a panic. As we lay there together, I stroked her soft old head, thinking about the advice to avoid petting a dog who reacts to thunder. “You’ll just teach them to be more fearful,” according to the traditional wisdom. Only one thing: It’s not true.

We’ve been taught for ages that trying to soothe frightened dogs just makes them worse. It seems logical, in a cut-and-dried, stimulus-and-response kind of way. Your dog hears thunder, he runs to you and you pet him. Voilà, your dog just got reinforced for running to you when it thunders, and worse, for being afraid of thunderstorms in the first place. But that’s not what happens, and here’s why. First, no amount of petting is going to make it worthwhile to your dog to feel panicked. Fear is no more fun for dogs than it is for people. The function of fear is to signal the body that there is danger present, and that the individual feeling fearful had better do something to make the danger, and the fear that accompanies it, go away.

Think of it this way: Imagine you’re eating ice cream when someone tries to break into your house at midnight. Would the pleasure of eating ice cream “reinforce” you for being afraid, so that you’d be more afraid the next time? If anything, things would work in the reverse—you might develop an unconscious discomfort around ice cream. However, you sure as heck aren’t going to be more afraid if a burglar arrives because you were eating chocolate mocha fudge the first time it happened.

There’s another reason petting your thunder-phobic dog doesn’t make him worse, and it couldn’t hurt to take a deep breath before you read it. Research on thunder-phobic dogs suggests that petting does not decrease the level of stress in the dog receiving it.* If it doesn’t decrease stress, how could it act as reinforcement? Before you write describing how your loving touch calms your own dog, please note that (1) I didn’t do the research; (2) my own dogs stop pacing and whining when I pet them during storms; and (3) I don’t care what the research says, it makes me feel better, it doesn’t hurt anything, so I do it anyway.

Studying Stress
Humor aside, it’s important to be specific about what the study actually found. The authors measured the production of cortisol, a hormone related to stress. They found that cortisol levels did not decrease when the dogs were being petted by their guardians during storms. (The most important factor in decreasing cortisol was the presence of other dogs.)

Interestingly, another piece of research on social bonding found that although cortisol levels decrease in people when they are interacting with dogs, cortisol does not decrease in dogs in the same context.** However, in both species, other hormones and neurotransmitters increased, including oxytocin, prolactin and beta-endorphin—all substances that are associated with good feelings and social bonding. So, while petting your dog during a storm may not decrease cortisol levels associated with stress, it is still possible that something good could be happening.

On the contrary, it’s just not possible that petting your dog is going to make her more fearful the next time there’s a storm. Warnings that you’ll ruin your dog by comforting her are reminiscent of the advice from the 1930s and ’40s to avoid comforting frightened children by picking them up. That perspective was tossed out long ago by psychologists, when research made it clear that having parents they can count on when life gets scary creates bold, stable children, not dependent or fearful ones.

A Classical Approach
The greatest damage that’s done with outdated “don’t pet the dog” advice doesn’t relate to storms, but to the pitfalls of trying to explain classical counter-conditioning (CCC). CCC can be a profoundly effective way to change behavior, because it changes the emotions that drive the behavior in the first place. A typical example in applied animal behavior is having visitors throw treats to a dog who is afraid of strangers.

Understandably, many a client has asked, “But isn’t giving him treats when he’s barking and growling just going to make him worse? Won’t he get reinforced for barking and growling?” The answer is no, not if his behavior is driven by fear. Remember, fear is no fun, and a few pieces of food, no matter how yummy, aren’t going to override the brain’s desire to avoid it.

Tossing treats (or toys) to a fearful dog can teach him to associate approaching strangers with something good, as long as the treat is really, really good, and the visitor is far enough away to avoid overwhelming the dog. CCC is one of the most important tools in a trainer or behaviorist’s toolbox, yet it can be hard to convince people to try it. It feels like rewarding a dog for misbehaving, and in our punishment-oriented, “you’ve got to get dominance over your dog” society, it is tough for some people to do. But that’s exactly what I did to cure another Border Collie, my Pippy Tay, when she developed a fear of storms many years ago.

CCC is one of many ways you can help a thunder-phobic dog. I’ve used some of the following with good success, either on their own or, in Pippy Tay’s case, combined with other methods: pheromone therapy, wraps, acupuncture, acupressure, diet change and, in serious cases, medication. If your dog is afraid of storms, you’d do well to consult a behaviorist or veterinary behaviorist for assistance in choosing the method that is right for you and your dog.

Thunder Treats
Pippy and I would run outside and play ball every time a storm loomed. Pip loved ball play, and I wanted her to associate the feelings she had when fetching with a drop in barometric pressure. Once the storm rolled in, we’d go inside and I’d feed her a piece of meat every time we heard thunder, no matter how Pip was behaving. I wasn’t worried about her behavior; I was focused on the emotions inside that caused the behavior.

I even put thunder on cue. “Oh boy, Pippy, you get thunder treats!” I’d say each time we heard the thunder growl. Mind you, these words would come through clenched teeth at three in the morning, but for two summers, I chirped about thunder treats, pulled out the drawer beside the bed and fed Pip after each thunderclap. By the end of the summer, Pip stopped lacerating my face with panicked attempts to crawl inside my mouth to hide from the storm. She began to sleep through moderately loud storms, not even waking up to beg for treats when the thunder rolled. She came over to me when things got really loud, but with little of the panic she’d shown before.

In the interest of full disclosure, I should share that as Pip improved, I became conditioned in the other direction. I began to dislike storms, because even the quietest of them required that I stay awake long enough to hand Pip a treat after each thunderclap. And now that Pip is gone, it seems I’ll have to start again with Lassie. Sigh. Maybe I should give myself a piece of chocolate every time I hand a treat to Lassie!

Fear Is Contagious
I’d be remiss if I didn’t mention the one way you can make a fearful dog worse, and that’s by becoming scared yourself. The emotion of fear is so compelling that it is easy to spread around. “Emotional contagion” is the ethological term used to describe the viral spread of fear within a group, and it’s a common occurrence among social species. If you want your dog to be afraid of thunder, strangers or other dogs, just get scared yourself. If you’re afraid of storms, it is entirely possible that your dog will pick up on it and become more nervous.

However, if you are scared (and who isn’t sometimes?), all is not lost. You can calm things down by concentrating on your body—slowing down your breathing and your movements, changing your posture to one of confidence and relaxation, and speaking slowly and calmly (if at all). These actions have the beneficial effect of altering your own emotions as well as your dog’s. The calmer you pretend to be, the calmer you’ll actually feel.

I kept that in mind last night as I cooed, “Oh boy! Thunder treats!” and fed Lassie tasty snacks from the bedside table. I had a lot more reasons to be scared than she did—she didn’t know that the basement was flooding, the white water crashing down the hill was threatening to take out the barn, and the roads were washing away all around us. All she knew was that every thunder roll predicted a piece of chicken, and that I seemed to think it was a great game. She settled down relatively soon, but I lay awake for hours. I guess it really is time to put some chocolate in the drawer beside the bed. If, the next time they see me, friends notice that I’ve gained a lot of weight, they’ll know it’s been a stormy summer.