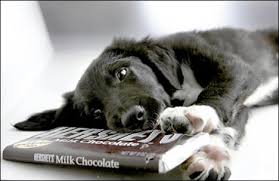 Petside had a great article in their newsletter, 10 Pet Myths Debunked!  We all hear them and as you will see some are even true, but more are false.  Read, enjoy and hopefully learn something useful.

We’ve all heard them before: Cats always land on their feet. Dogs shouldn’t eat grapes. Every year of a dog’s life is equivalent to seven human years.

They’re pet myths, and most of us have no idea where we heard them, or whether or not they’re actually true. In the spirit of starting a fresh, smarter new year, we thought we’d throw it out there to the vets to tell us …

Are the following pet myths true? Or were we duped?

Myth: Every Year of a Dog’s Life is Like Seven for People

While dogs and cats do age faster than humans, says Dr. Jules Benson, VP of Veterinary Services at Petplan Pet Insurance, the rate at which they age is not as simple as a 1:7 ratio. Dogs mature very quickly in their first couple of years of life, so by the time Fido celebrates his first birthday, he’s closer to 16 than seven. The size of the dog also plays into the aging process—small dogs tend to live longer than their larger cousins, so they experience middle age around the age of 10. For larger pets it’s around age six or seven.

Unfortunately many cats are actually injured from falls sustained within their homes or outdoors, says Melissa Worhach, DVM, Associate Veterinarian at Saint Francis Veterinary Center. However, if falling from a significant distance, many cats are able to “right” themselves, using their tails for stability, but even so, may be injured when they reach the ground. Most often, there is insufficient time for them to turn upright, and they may land in any position.

Cats are the primary source of Toxoplasmosis, a parasitic disease caused by Toxoplasma gondii, which infects most warm-blooded animals, says Dr. Karyn Collier, DVM, Chief Medical Officer at Saint Francis Veterinary Center. Cats can carry the germ in their stool, which is then transmitted to their litter box and can be picked up by humans. An unborn fetus can contract toxoplasmosis, as the organism can cross the placenta, and cause serious illness. Therefore it’s recommended that pregnant women avoid coming in contact with cat feces.

While it might seem logical to lump rabbits in with other small mammals like mice and guinea pigs, rabbits are actually lagomorphs, not rodents, says Dr. Benson. A fun fact—rabbits actually share similarities with horses, including their diet and the way their bodies digest food.

Myth: You Shouldn’t Feed Your Dog Chocolate or Raisins

Raisins and grapes can cause kidney failure in dogs, says Dr. Collier. It seems to be an idiosyncratic response, meaning it varies from individual to individual—some dogs are affected and others are not. It also has been shown that even small amounts can be fatally toxic. It is best to avoid raisins and grapes completely for dogs.
Chocolate ingestion can be equally dangerous, says the doctor. The ingredients in chocolate can cause gastrointestinal problems such as vomiting and diarrhea, but can also have an adverse effect on the heart.

Myth: If I get my dog a Distemper Vaccine, She’ll Calm Down

In fact, most cats are actually lactose intolerant, says Dr. Benson. When they are born, kittens are nursed on their mother’s milk, like all mammals are. But as they are weaned, their bodies may lose the ability to break down the lactose. Many cats that are lactose intolerant will develop diarrhea eight to 12 hours after indulging in a creamy delight. Obviously, it’s best to swap in something else to offer as a tasty treat to these kittens.

Myth: Puppies and Kittens are Healthier Than Older Pets

In fact, statistics show that pets under one year of age are actually 2.5 times more likely than their older brethren to have an unexpected visit to the vet, says Dr. Benson.

In fact, Dr. Benson says that based on PetPlan’s insurance claims, black cats are actually 15% less likely to be victims of an accident or injury compared to their colorful kitten counterparts. By contrast, orange cats are twice as likely as their inky cousins to be involved in a mishap.

Despite popular belief to the contrary, PetPlan has also found that pets adopted from shelters are actually about 5% less likely to have an unexpected trip to the vet, compared to pets purchased through pet stores or other sources. Most shelter pets receive veterinary care—and often some basic training—to ensure they are healthy and ready for adoption. Many shelters also offer to spay or neuter each adopted pet, which is shown to reduce the risk for certain illnesses, including mammary and testicular cancers.