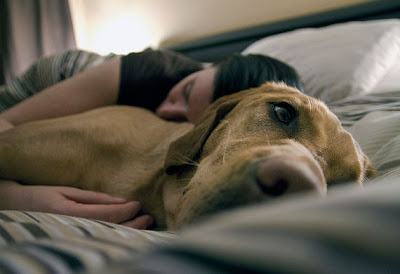 Dogster published an article this morning about a study that was recently done that showed having dogs is like having children.  This is something that I did not need a study to explain to me, it is something I have been saying for a long time.  When I became a dog trainer and started discussing techniques of dog training with my sister and we realized a lot of the techniques work exactly like those of child rearing.  Further, as a dog owner that does not plan to have children, my dog is the closest relationship to that of a small child.  The attention they need, the way you care for them, how you need to encourage and stimulate their mind and the love you share.  It is all very similar.  Below is the full article, enjoy.

And it's similar in one of the main duties of parenting: the ability to nurture. According to a new study in the news, dogs and children share the same mental response to dependency, called the “secure base effect," in which dogs as well as children rely on a nurturing figure to interact with the world. The parents are a sort of "home base," a place of comfort that dog and child can easily return to while going on mini-adventures, exploring the world.

(Dog with bottle by Shutterstock.)

The results came about when Lisa Horn of Vetmeduni’s Messerli Research Institute set out to study dog-owner dynamics, and she headed an experiment conducted at the University of Veterinary Medicine in Vienna.

The experiment tested three types of owners of dogs: “absent owners,” “silent owners,” and “encouraging owners." The owners were matched with dogs who were encouraged to play with interactive toys for treats.

When an owner was replaced with a stranger, the dogs weren't interested in earning their treats. The scientists put this down as a dog lacking the security it needed to face the world and tackle the food reward tasks.

In short, a good owner gives a dog confidence. We think that's worth an extra treat for the both of you.

(Little girl with dog by Shutterstock.)

"One of the things that really surprised us is that adult dogs behave toward their caregivers like human children do," said Horn. "It will be really interesting to try to find out how this behavior evolved in the dogs with direct comparisons."