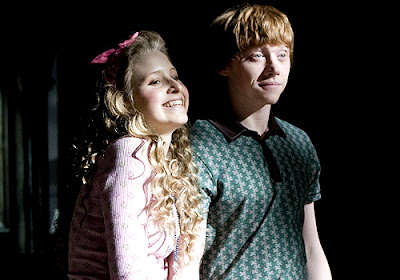 I've said it before, I really do believe that the UK has it together a little more than we do when it comes to speaking out about the mistreatment of dogs.  Now there is a play about it, Breed.  Though it is not starring the Harry Potter star, it is starring one of the Harry Potter stars, Jesse Cave or Lavender Brown for all us Potter fans.  This is said to be an outstanding play about the mistreatment of dogs.

A little about the play:
“From the night you were born, puppy, I knew I’d do anything for you.”

Liv is in trouble – her mum’s planning a dog fight, her dad’s getting out of jail, her brother's getting too close to her baby, the police are sniffing around and the pack is closing in.  A sharp and savage story of the animals we are and the people we try to be.

I wish I were going to be in the UK during the run of this show, it is one I would love to see.  If any of you are, I hope you catch it.  I will also keep my fingers crossed that it does well and someone in the U.S. will bring it here to share, it is certainly something that needs to be seen by the American audience.

To read more about the play Breed, bark on the link:  Bark!
Posted by Bark & Clark