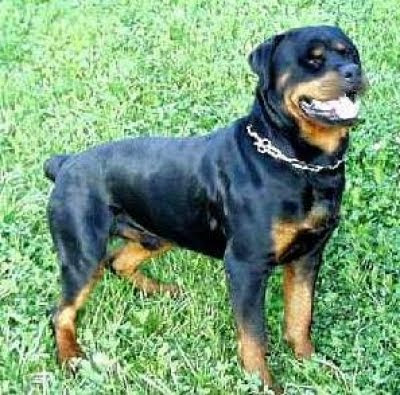 I read this article this morning from K-9 Magazine, it is really amazing!  A Rottweiler that was rescued and rehomed by the RSPCA in Coventry is being honored with a bravery award and medallion for preventing a sexual assault on a woman last July.  Apparently, Jake, the Rottweiler, heard the screams and went to investigate, he ended up chasing the offender off and then staying with the distraught woman until the police arrived.  Jake's owner's were so proud of him and very happy that there is a positive story to be told about Rottweilers, since so often all we here are the negative things.
WOW!   Jake is certainly my hero!
For the full story, bark on the link:  Bark!
Posted by Bark & Clark