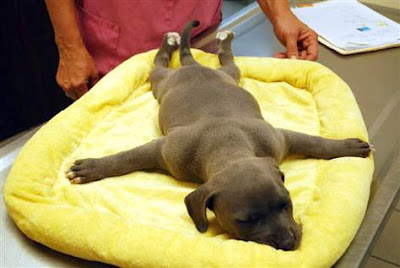 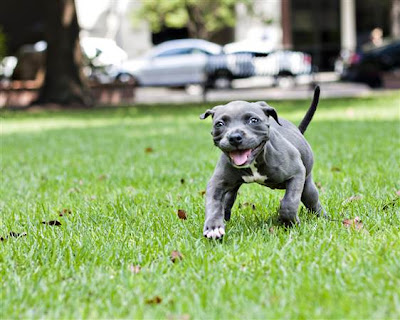 Last Friday I highlighted an inspiring Pit Bull named Dolly.  As mentioned in the story, her owner started a foundation in her name called Dolly's Foundation.  The organization rescues and rehabilitates homeless, neglected and abused American Pit Bull Terriers and other bully breed dogs, and it has plenty of puppies and dogs available for adoption.  So it is no surprise that Dolly's Foundation rescued this amazing and inspiring puppy named Harper.  Here is her story.
Visit msnbc.com for breaking news, world news, and news about the economy
Have a happy weekend and don't forget to do something special with your pup!
For more on Harper's story, bark on the link:  Bark!