Dog Survives 53 Days In The Wild 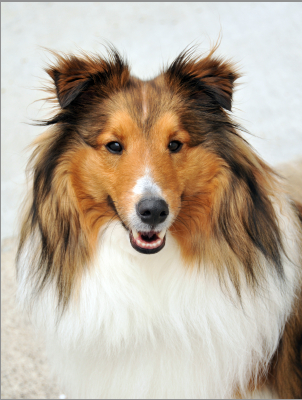 Dogster brought us a story yesterday about a dog, Dooley, that survived 53 days in the Nevada desert after a tragic accident that claimed the life of her husband and other dog.  This story is enough to give anyone hope that miracles really can happen.

A car accident in December on I-80 in Nevada claimed the life of Barbara Bagley’s husband and one of their two Shetland sheepdogs, and left Bagley in critical condition. But she never gave up hope that their other Sheltie, Dooley, was still alive after he bolted from the tragic scene.

“Something inside me told me Dooley was still alive out there. I wasn’t 100 percent sure, but I didn’t grieve for Dooley like I did for my husband and our other dog,” Bagley told the Associated Press.

There were occasional potential sightings of the 4-year-old dog, but the desert is a harsh environment any time of year, and it was hard to imagine Dooley was still alive as the weeks went by. But volunteers persevered in their quest to reunite Bagley and Dooley, just in case her intuition was right. Something that meant so much to her could not be given up on just because it didn’t look good.

Four  weeks after the accident, Bagley heard of a “Lassie-like” dog spotted very close to the scene of the accident, but the dog could not be found. Weeks later, a railroad crew sighted a lookalike dog, but it kept evading his rescuers, too skittish and quick for their maneuvers. It took someone on horseback working with someone in a Jeep to outmaneuver the dog and capture him.

It was Dooley all right. Bagley was overjoyed. The poor dog had gone from 44 pounds down to 20, and had apparently survived by eating roadkill, like a dead coyote along the road, and drinking from occasional puddles. Bagley herself was well enough, though, to start taking care of him again.”He couldn’t have survived much longer out there,” she said.

And as you have probably guessed, Dooley has been the best medicine for Bagley.

“He’s the physical and mental affection that I need to recover,” she said. “I owe him so much for the hope I have now and the renewed faith I have in prayer. Dogs are so great because of their unconditional love.”

Bagley believes her husband had a role in Dooley’s safe return home. “It’s a message from my husband who was looking out for him,” she said. “It was a miracle.”

It seems like Dooley was rescued and returned to safety just in time to rescue Bagley.  I am very happy for Dooley and Bagley and wish them both well.
Posted by Bark & Clark