Potty Talk About Your Pet 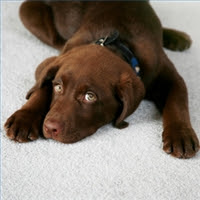 Who knew becoming a trainer would lead to talking about poop so many times a day!  But it is the number one question I get and honestly probably the most frequent conversation I have with clients, what to do for or why does my dog have diarrhea?  First, let me just say that I am not a vet and I have not taken any extensive training other than a CPR certification course.  So my answer is usually, what did your dog eat?  If there is no certain answer there, my next comment is take your dog to the vet.  When my dog has diarrhea, I can usually tell you why.  Either I allowed him to eat something new or I poured too much Flax oil on his food.  But, if it went on and on or I didn't have any clue why it was continuing, I would take him to the vet.  Most don't realize that diarrhea can be the symptom to something very serious.  Thankfully, most times it is just a simple upset tummy.  In any case, this is a topic that seems important to my clients, which is why I am sharing this great article from Petside.com with all of you.  It is a very straight forward conversation about your pets and the possible causes of diarrhea.  I hope you all get a bit of information that can help you.

The Deal on Diarrhea and Your Pet--What's It Mean?

Just about 20 minutes after Ronald Smith picked up his 8-week-old puppy, Cara, from the breeder, she had diarrhea in the car. Two days later, Cara was still having diarrhea when Smith took her to the vet, but since she was in a new home and since diarrhea is common in puppies, the vet prescribed standard medicine and said Cara seemed to be otherwise very healthy.

Some days she would be fine; other days she was lethargic and she would have diarrhea and vomit - and then her stomach began to swell.

"One day, as I was in the garden and she was lying on the grass, I could swear that every time I looked over her belly was bigger," Smith said. A trip to the emergency vet clinic resulted in a diagnosis of intussusception, a condition in which one segment of the intestine telescopes into an adjacent segment of intestine. After emergency surgery, Cara slowly began to recover.

"It was probably a month or so before you could see weight gain and her hair growing back," he said. "Her first solid stool after the operation was a moment to celebrate...and a whole lot easier to pick up."

Does Diarrhea Mean Something Is Seriously Wrong? And What Causes It?
Fortunately, most cases of diarrhea in dogs and cats are nowhere near as serious and most are the result of indiscriminate eating. "In our multi-kitty household, there are two main causes of simple diarrhea: milk and junk," says Janis Badarau of Oconee, South Carolina. "Our kitties love milk, sour cream, cream cheese, even sliced cheese, and occasionally we give them a 'small' amount as a treat. Several of them are lactose intolerant, and we've seen the telltale chocolate pudding in the litter boxes for the next couple of days. They also eat stuff off the floor - dust, flower petals, unidentified - and this sometimes gives them diarrhea. A day or two on their normal healthful diet gets their systems right back in order."

"We see a lot of pets that get 'garbage gut'," says Dr. Duffy Jones, founder of Peachtree Hills Animal Hospital in Atlanta, Georgia. "They tend to eat anything that's not tied down."

While dogs more frequently suffer from the results of gobbling out of a tipped-over garbage can, cats are not immune. If your dog is still running around and eating normally, Jones suggests observing him for 24 to 36 hours to see if stool returns to normal before bringing him to the vet as long as he isn't showing signs of dehydration and there is no sign of blood in the stool. If you pick up skin and it stays tented when you let go, it's a sign of dehydration. Another sign is dry gums. "Dehydration can lead to kidney and liver problems," cautions Jones. "If after 36 to 48 hours the dog still has diarrhea, even if otherwise acting okay, it's best they be seen by a vet."

What Else Causes Diarrhea?
Another cause of diarrhea is someone changing the dog or cat's diet or introducing new treats without a gradual switch, according to Dr. Bernadine Cruz, associate veterinarian at Laguna Hills Animal Hospital, Laguna Hills, California. They should also stay away from salty, sugary and fatty foods. Sometimes diarrhea is the result of a food allergy, though Dr. Cruz points out that in this case it would likely be chronic rather than sudden onset. "Sometimes you have no idea what causes it," says Cruz.

If the pet is otherwise acting normally, Cruz suggests withholding food for 3 to 4 hours, then feeding multiple small meals of a bland diet. For a dog, Cruz recommends small amounts of cottage cheese mixed 50/50 with boiled rice several times throughout the day. For a cat, Cruz suggests feeding a mix of all meat human baby food with baby rice cereal (i.e. Pablum) and adding water or chicken broth. If there's no improvement, Cruz recommends you get a stool sample and bring your pet to the vet to determine the cause. "Even an older pet can swallow something he shouldn't. I had a cat who had spit up one hair scrunchie and had another in its stomach and needed surgery to remove it," says Cruz.

"I've learned that when a problem passes the 'normal' stage it is then 'abnormal' and should immediately be treated as such," says Smith, whose dog Cara is now a healthy 4-year-old. "Stretching out that 'normal' stage because everyone 'hopes' it will suddenly be all right is a big gamble that in the future I don't think I'd take."

For more information on Pet CPR, bark on the link:  Bark!