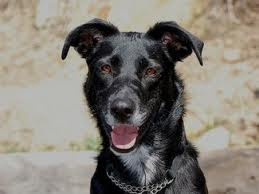 I hate to do these types of stories because they are so sad and disturbing, but I also think they are very important to share and allow all of us to know what is happening.  This is not a bashing on police officers, but it is certainly a call for education!  This sad story of how Lillie, the Border Collie mix was shot and killed being mistaken for a Pit Bull by a Fort Worth, TX police officer is below.  Thank you Petside.com for bringing us this story.

Mistaking a black and white Border collie mix breed dog named Lillie for a pit bull and feeling threatened by an oncoming canine attack, a Fort Worth, Texas police officer responding to a call to assist in an investigation of a copper theft shot and killed Lillie. The tragedy occurred right before the disbelieving eyes of Lillie’s owners, Cindy and Mark Boling.

According to a recent article on CW33.com, the couple had just returned home from shopping and was unloading their truck. In their driveway with them were their family dogs, Lillie and Gracie. As they were standing in the driveway, they noticed a police officer walking toward them. Being friendly and trusting dogs, both of them started heading their way to greet the officer.

Mark called out the officer, to let him know that the dogs didn’t bite and were friendly, and he was on his way to get them to put them in the yard. He asked him not to hurt the dogs. Mark was able to catch up with Gracie and grab her collar, however Lillie ran up to the porch where the officer was standing.

In a matter of seconds, before Mark had time to intervene, the police officer drew his pistol and shot Lillie in the back. The critically injured dog ran into the back yard where, sadly, she died within minutes of being shot.

You may be asking what led up to this lamentable event occurring? This tragedy never should have taken place at all.

Due to a horrendous mistake, the police officer arrived at the wrong house. He was given the address 4917 Norma Street, to help in the investigation of the copper theft report. However, in error, he went to the Boling's house instead. Their house number is 4717 which is two blocks away from the house to which he was sent.

A neighbor who overheard the officer talking to another policeman who was at the scene allegedly said he admitted that he was at the wrong house and, fearing that he was about to be attacked by a pit bull, he shot the dog.

No apology was made to the Bolings, who are devastated by their loss. Mark said, "My main concern is if he's going to shoot an animal like that how he is going to react then in a real situation with a weapon.” His wife, Cindy added, "We did everything in the world always to protect our girls. We never accounted for a man walking up our driveway with a gun and killing our little girl, our little Lillie.”

An officer with the Fort Worth Police Department, Daniel Segura’s side of the story, makes matters even more disturbing. His report states that the police officer investigating the copper theft report was on the 4900 Block on Norma, searching for suspects. Seeing Boling, he waited in the driveway, but two dogs suddenly began charging at him, barking aggressively. Although the officer asked the man several times to call off his dogs, (pleading with him to do so), the owner appeared not to be complying. As a result, he had no choice but to fire his “duty weapon”, striking the dog closest to him.

What I can’t get my head wrapped around is how it is possible for anyone to mistake a Border Collie mix with a pit bull, and why this officer just fired at a dog who was only running toward him to greet him.  Why was no apology offered to the Bolings?

This writer feels strongly that in order to prevent a similar tragedy from ever happening again, there is an urgent need for specialized training in handling canines for law enforcement personnel nationwide.