Hideous Act Of Violence Against A Toy Poodle! 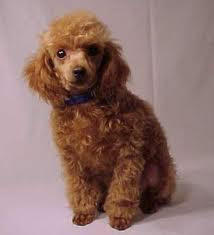 I was not just shocked when I read this story, I was disgusted at this hideous act!  Ted Shuttleworth, former screen writer for NYPD Blue, was arrested on Saturday on suspicion of delivering a fatal punch to his toy poodle, Lola.

The story was on Dogster this morning and I have been sick to my stomach since I read it.  I can't imagine punching an animal, certainly not a 4lb toy poodle!  The story in it's entirety it below, I will warn you, it will outrage you and make you a little sick to read how this poor little dog met her end. 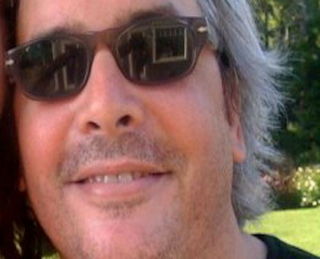 Among my circle of friends back on the grade-school playground, the way to characterize any bad person was to say that he or she probably kicked dogs.

"That new music teacher is so mean -- she probably kicks dogs."

"My Little League coach! What a jerk -- I bet he kicks dogs."

In our imaginations, kicking dogs was the ultimate cruel act. But even kicking has a somewhat detached aspect about it. Feet, after all, are way down there at the far end of the body and usually clad in shoes. Our young minds could not have even imagined the otherworldly horror of people punching dogs with their bare fists.

Yet a former Hollywood scriptwriter was arrested last weekend on suspicion of doing exactly that.

Ted Shuttleworth, a former scriptwriter for the TV series NYPD Blue, was arrested in New York City on Saturday. Authorities believe Shuttleworth killed his Toy Poodle, Lola, by punching her in the face.

Shuttleworth is accused of punching the tiny 5-year-old dog "after being annoyed by her while at his home in Queens," according to CelebrityCafe.

As the New York Post put it:
"A 230-pound, washed-up TV screenwriter took out his anger on his four-and-a-half-pound poodle — punching the pooch in the face so hard that it died from a brain injury, police said."

The alleged assault took place on May 29.

Shuttleworth, 51, formerly worked for Steven Spielberg. His NYPD Blue gig was the type that any writer would envy, and he also wrote an episode of the series Cover Me: Based on the True Life of an FBI Family, according to IMDb. But Shuttleworth had fallen far down the status ladder lately, working as an administrative assistant at New York University and not writing scripts but reading other writers' scripts "for $300 a pop," according to the Post.

After growing angry at the tiny dog that day, he is believe to have punched her in the face, sources say -- and then took her to a local veterinarian, "where her death raised suspicions. The hospital called the ASPCA, which took Lola’s remains for a necropsy."

He could face a year behind bars for the crime.

“Lola sustained a traumatic brain injury secondary to the application of blunt force to the right side of her head at the hands of the suspect, her owner,” said ASPCA spokesman Joseph Pentangelo, as reported by the Post.

The alleged puncher's wife, Isadora Monk Shuttleworth, called it “a horrible accident," also according to the Post.

Poor little Lola can't tell us her side of the story.