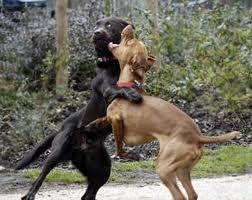 As we are in full swing of the Political season, I thought this was the perfect time to share this piece about the Dogfighting Legislation debate.  It seems that the Republicans are not just saying insensitive and ignorant statements about women and women's rights, but also dog fighting.  Below is an article that was on Petside.com about the current debate about the 2012 amendment to the Farm Bill that outlaws people from attending dogfights and cock fights.


Dogfighting in the United States is an illegal activity which has existed in the country since early in the 19th century. This cruel and inhumane “sport” is now considered a very serious crime. Congress passed a law in 2007 making dogfighting a felony under both Federal law and in all 50 states.   Additionally, even if the offender has had no prior convictions, the crime of dogfighting carries lengthy mandatory prison sentences, along with hefty fines.

Fortunately for these innocent dogs who are trained to be aggressive killers, with the help of animal activists and welfare groups, dogfighting has slowly been outlawed around the country. But sadly however, covert dogfighting remains popular in both rural and urban areas.  These bloody battles continue to attract people who get their “kicks” out of watching the combatting canines and who also bet heavily on their favorites in the hopes of winning some easy cash.

But even though the 2012 amendment to the Farm Bill by Representative Jim McGovern, (D- Mass) helped close some of the loopholes in the Federal law by outlawing people from attending dogfights and cock fights, there are those who highly disagree with these rulings and are working hard to get rid of them.

According to a recent announcement by Mike Markarian, the President of the Humane Society Legislative Fund, Congressman Steve King (R-Iowa), is actively campaigning to defeat the McGovern amendment making it a crime to attend or bring children to an animal fight. In response to a question about why he opposes animal rights and the legislations that have been introduced to protect these animals, during a recent telethon hall meeting, King expressed his views and went on record by saying that passing legislation to prohibit children from attending animal fights was wrong.

King then went on to comment that “It's not a federal crime to induce somebody to watch people fighting. There's something wrong with the priorities of people that think like that."

As shocking as it sounds to those of us who love animals and want them protected, Congressman King truly believes that dogfighters and cockfighters should get a "free pass" which would allow them to continue their compassionless activities without penalty.

Unbelievably, King is presently on an all-out mission to lead Congress in this direction.
Summing up King’s displeasure with and goal to repeal the laws prohibiting dogfighting, Markarian said, rather paradoxically, “If you believe that the United States should legalize dogfighting because we allow humans to fight, fear not. You’ve got an ally in the United States Congress.”

Hear Congressman Steve King sharing his philosophy on dogfighting in the video uploaded to YouTube by ThinkProgress TP.

To compare "animal fighting" to people fighting is ridiculous!  No one is forcing those people to fight.  Ask any of the wrestlers, UFC Fighters, Boxers, etc. are they being forced to fight and are they put to death inhumanely if they don't perform up to their owner's standards, the answer is NO!  I am sick of people and politicians making excuses for this!  Training any animal to kill and then fighting them is wrong, period!  I want the people that think it is okay to attend these events to also go to the trainings and see exactly what they do to these animals.  Then tag along when they don't win and see what happens then.

Humans are CHOOSING to fight as a profession, these animals are not choosing it, they are being forced to fight and being treated extremely inhumanely.

Whether you are fighting the animals or watching them fight, it is equally wrong.  Someone that is supporting this "sport" by attending the events and betting on the fights is committing a crime, I would hate to see the legislation that was fought so hard for to be turned around to allow this to continue without consequence.
Posted by Bark & Clark