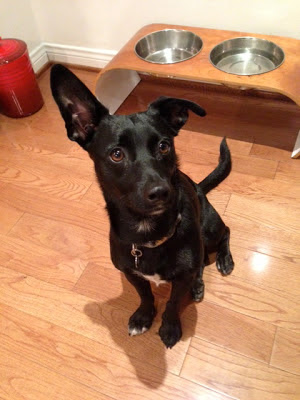 Here is another great dog looking for a home.  I met Ted on Monday night, his current guardians took him in after he was found tethered to a cinder block in the middle of North Hollywood.  He was chipped and when the service contacted his listed owners, the man said that he and his girlfriend had adopted Ted when he was 4 months old and now they are broken up, the girl moved and he didn't want the dog any longer so he tied him to a cinder block where someone could find him.  Sad and cruel!

So now Ted is with a kind couple that are giving him food & water, shelter, and love, but they already have a dog.  Unfortunately, this situation will not work for them for many reasons, so they are desperately trying to find a forever home for Ted. 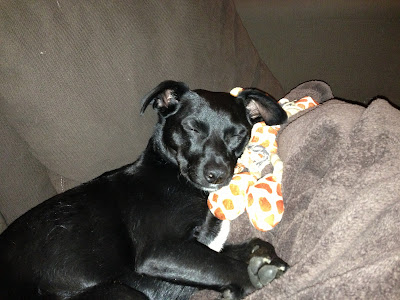 We know a little bit about Ted, he is about 1 1/2 yrs., knows sit, down, stay, roll-over, and shake, is extremely food motivated and is a very affectionate dog.  We do not know how he is with kids or cats.  Based on what he has shown his current guardians it appears that he has a little separation issues, so he will chew things when you are gone if not set up correctly and he has some dog issues, he is showing some aggression.

I believe the best situation for him is to be in a home as an only dog with a person or couple that is willing to put the time and effort in for training and exercise.

Ted was a true delight to work with, he is so smart and eager to please and just a cute little guy! 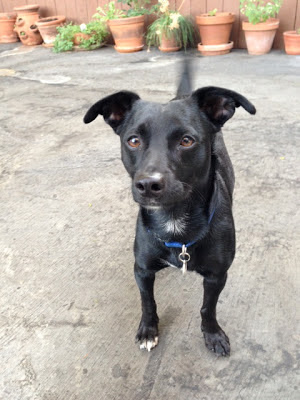 Though I am happy to do my part, it is so sad that in a matter of a couple of weeks I met two dogs that have been abandoned by their humans.  At the same time, I am so moved at the compassion and love that strangers have found in their hearts for these two amazing dogs.

Please help me spread the word.
Posted by Bark & Clark