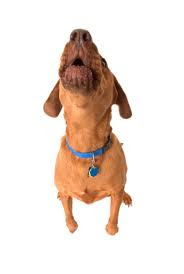 One of the many things I love about living in Downtown is the sense of community within the resident buildings and within each neighborhood.  But the community you build with your immediate neighbors, those next door or just on your floor are not only nice but important.  These are the people you share a living space with, which can lead to friendships or at least neighborly talks and watching out for one another.

I consider it neighborly to talk to your neighbor if something is bothering you, like a barking dog.  I certainly understand if this didn't work and you were fed up you might go to security and complain.  But how on earth would someone get it in there head that it would be okay to kick in a neighbors door because their dog was barking?

Well that is exactly what happened to one of the residents in my building on a different floor.  He was gone for about 20 minutes on Sunday, his dog is having some issues staying in his crate, so he barks.  Mind you this was the middle of the day.  An "irate man" went to the front desk and complained, and by the time the guy that owned the dog got home, his door was kicked in.  Was it the "irate man"?  I would say it probably is, but when the cops asked him directly if it was, he said no and everyone took his word for it.  Except the owner of the dog.

My first thought was what did he do to the dog?  But the dog seems fine, it seems that the door was the only thing hurt.

My second thought was why are the police not charging someone with breaking and entering?  But they are calling it vandalism and not investigating.

The sense of community I enjoy so much is being threatened to some degree.  When we start turning on our neighbors this way, we loose all trust.  Having an enemy as a neighbor is not fun and in this environment could be torture.  But besides all that, we literally live on top of each other, you have to have some tolerance and patients.  I know it can be annoying and irritating for a dog to bark and bark or music to be too loud too late or people yelling in the hallway at 3am on a weekday night.  But guess what?  We all signed up for it when we decided to live in a community like this in the middle of the city.

If you want a more quite and peaceful environment, I suggest moving to the suburbs or at least not living in an apartment building.  But no matter how annoyed you are it never gives you the right to kick in your neighbors door!

Man that did this... be glad it was not my door!  I wouldn't stop bothering the police and the building until they something about it.  Though it may not seem like it, I truly believe you did something to that dog when you entered the apartment.  Since they cannot prove anything, nothing will happen to you.  So we have to leave it to karma.