A Tribute To My Robert 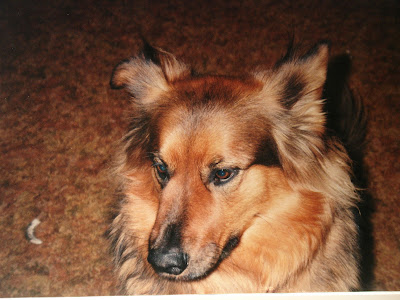 Yesterday evening I received the call I have so been dreading, my father telling me that earlier in the day my parents had to euthanize my dog Robert.  I got Robert, a Keeshund and Sheltie mix, 15 years ago while I was in college and he has lived a very full and happy life.  But somehow, it doesn't make it hurt less, the loss of my best friend is very real. 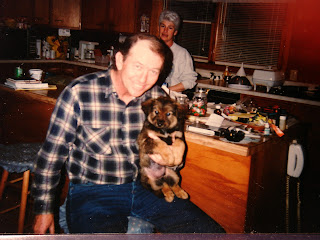 I found Robert the day after valentines day in a pet store where a shelter was holding an event.  My friends and I use to go there to look at and hold the puppies and dogs when we were feeling blue.  But this day was different because when I picked him up, I couldn't put him back down.  Every time I tried he would cry and cry, so I didn't feel like I had a choice.  $30 later to pay for him and who knows what I spent on the bed, food, toys and treats and we were on our way back to the dorm, where I successfully hid him for a few days.  By Wednesday of that week I was told to get him out or I was going to be kicked out.  Thankfully my parents lived on a 124 acre farm and were all too happy to take him in.  So I packed up his stuff and drove 2 hours and delivered him to his temporary home. 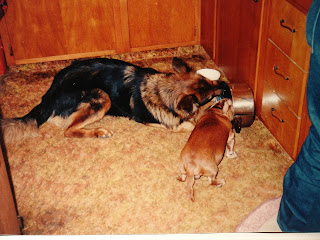 Robert loved the farm, besides having an elderly Dachshund to show him the ropes, he had all the land he could want to run and play on.  He remained there until about May when I moved him back with me at college in a house I rented.  This year was one of the hardest, but the best.  I had my best friend to come home to everyday and I would talk to him for hours, go on long walks, play a ton and would get pushed out of bed almost every night with his stiff leg move.  But Robert got very sick this year and began to really hate the city.  Then I ended up moving again and made the hardest decision I had to make, I realized that Robert was 100% a farm dog, not a city dog.  He was always happiest on the farm, so that is where I let him live. 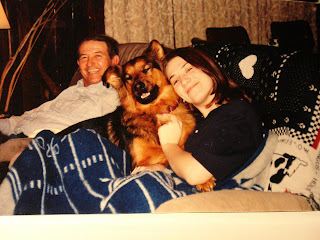 My father and Robert became ultimate buddies.  It was almost as if Robert was able to fill the gap I had left when I moved away from home.  They did everything together, rides in the truck, walks through the fields, rides on the tractor and lots of snuggling.  I think my favorite thing to watch was Robert running full speed to jump into the biggest pond on my parents land and would proceed to swim laps.  He was a character with a huge heart. 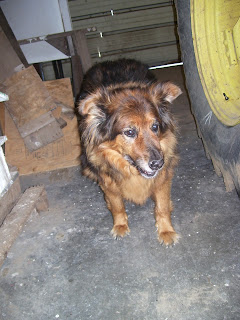 Eventually, as with all pets, age caught up with him.  Yesterday morning he no longer could walk and he was barely hanging on, so my parents took him to their vet and let him have peace.  It is what I knew was coming and thought I was prepared for, but I don't think you can be prepared for this.
So I ask you all for a moment of silence to say goodbye to an amazing dog who I loved so much.  He was the best listener, a loyal friend and a natural protector.  I will forever miss and love you Robert, rest in peace my old friend. 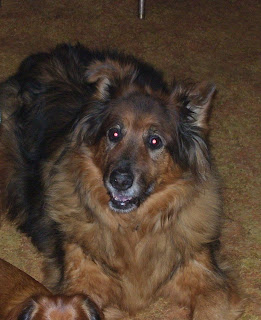 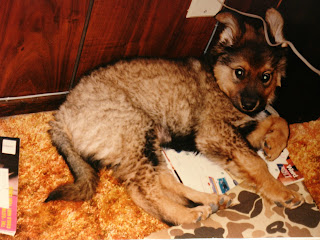 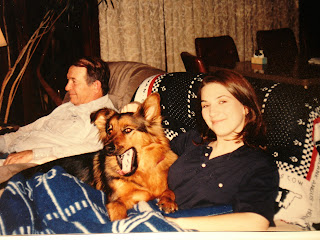 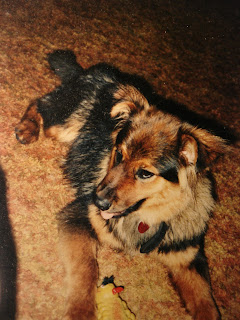 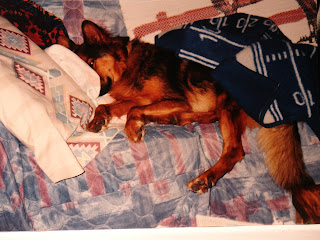 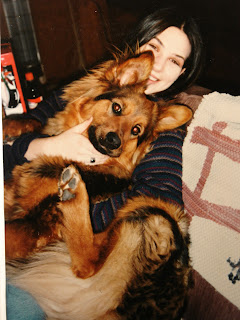 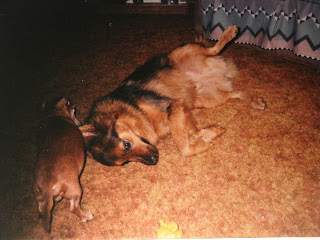 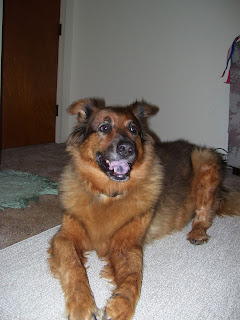