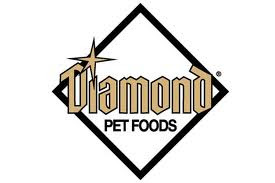 It was announced at the end of last week that some Diamond Food products are being recalled due to salmonella contamination.  I know I have received a couple of letters from stores carrying these products and they are being pulled off the shelf, but make sure you check the food your dog is eating. The Associated Press brought us the story below, it lists the brands that are recalled.

COLUMBIA, S.C. (AP) -- Fourteen people in at least nine states have been sickened by salmonella after handling tainted dog food from a South Carolina plant that a few years ago produced food contaminated by toxic mold that killed dozens of dogs, federal officials said Friday.

At least five people were hospitalized because of the dog food, which was made by Diamond Pet Foods at its plant in Gaston, S.C., the federal Centers for Disease Control and Prevention said. No pets were sickened, according to the Meta, Mo.-based company.

"People who became ill, the thing that was common among them was that they had fed their pets Diamond Pet Foods," said CDC spokeswoman Lola Russell.

Three people each were infected in Missouri and North Carolina; two people in Ohio; and one person each in Alabama, Connecticut, Michigan, New Jersey, Pennsylvania and Virginia, the CDC said.

"Our folks are really wanting people to be aware of it. They want to be aware that this is causing people to get sick because they may have product in their homes. For every one that is reported, there may be 29 others," Russell said.

People can get salmonella by handling infected dog food, then not washing their hands before eating or handling their own food, health officials said.

The South Carolina plant temporarily was shut down April 8. Diamond Pet Foods has issued four rounds of recalls for food made at the plant, located outside of Columbia, S.C., between Dec. 9 and April 7. The latest recalls were announced Friday.

"We took corrective actions at the plant, and today the plant is up and running. Our mission is to produce safe pet foods for our customers and their pets in all Diamond facilities," the company said in a written statement Friday.

In 2005, a toxic mold called aflatoxin ended up in food made at the same Diamond Pet Foods plant in South Carolina and dozens of dogs died. The company offered a $3.1 million settlement. The Food and Drug Administration determined the deadly fungus likely got into the plant when it failed to test 12 shipments of corn.

FDA officials were not immediately available for comment Friday on the most recent problems with the plant.

Agriculture officials in Michigan found the strain of salmonella during routine testing of dog food on April 2 and health investigators noticed there was a possible link to the food made by Diamond Pet Foods. An ill person still had some of the food, and authorities were able to link the cases to the food, the CDC said.

Though there are no reports of this causing illness in CA, I would still take caution with this food.

For more information on the recall, bark on the link:  Bark!
Posted by Bark & Clark