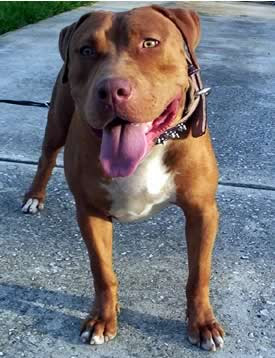 Well, I am back from Rochester, NY where I was visiting family and since I got in so late last night I really had no idea what I was going to talk about today.  But in the airport yesterday I saw this sad story and thought I would bring a little Rochester news back with me.  Not a happy story by any means and sadly not one that we haven't seen before.  A family dog that was in quarantine for 10 days after biting a phone technician who entered the family property unannounced, was euthanized by Rochester Animal Control accidentally.


The Director of Animal Services for the City of Rochester said Wednesday it was an unfortunate mistake which led an innocent family dog to be accidentally euthanized over the weekend.

Chris Fitzgerald said an internal investigation is underway to determine what went wrong, but for the dog's family, no explanation will bring him back.  "He was pretty much a member of the family," said owner Quinton Woody of his two year old pit bull named Oscar.

Fitzgerald could not say if there was a mix up with cages or paperwork which led to the dog's euthanization.  The Woody's told their three children Oscar went to a farm.  They said Fitzgerald offered to make the process of adopting a new dog easier, but there is no way to ease their sense of loss.  "They caused this and now you can't smooth it over and say, hey, I'll make it easy for you to get another dog," said Woody.  "He cannot be replaced, I know he won't ever be replaced no matter what other dog I get he won't be replaced."

Such a sad story and even more devastating that there is no explanation for this horrendous accident.  We wish the family well and hope the children recover from this awful loss.

To read the whole story, bark on the link:  Bark!

** It's still not too late to sign up for the Pooch Parade, bark on the link to join:  Bark!